How Long Does it Take to Edit a Book? Per Edit Type

Have you heard the phrase “writing is rewriting?”

A lot of authors hate it, but it’s the truth. People love to talk about the drafting process because, at least for most writers, it’s the fun part.

You’re exploring a new world with new characters, and you’re mostly just having a good time and figuring out what you want to put in your book.

But most of the work happens in the editing process, so it’s important to talk about.

Let’s go over the different types of editing you’ll have to do when you’ve finished your draft, what each step entails, and eventually figure out how long it takes to edit a book.

Download your FREE guided checklist to help you self-edit, or to guide you and give you a baseline for setting expectations for copy editing and content editing services. Get it now!

Why is book editing necessary?

Before we get started, let’s just clear something up now: editing your book is absolutely necessary. When you self-publish, you have it in your power to technically publish whatever you want, whether that’s a first draft or an edited product.

Note: this does not necessarily mean you have to shell out a ton of money on a top-tier editor. Some indie authors would argue that if you can’t afford a good editor, you shouldn’t bother publishing, but this advice is kind of exclusionist and harsh. If you’re pressed for cash, doing a self-edit or hiring a friend is still better than nothing!

Why all this urgency about getting an editor? Let’s break it down:

However, traditionally published books are consistently edited for technical quality-control. You won’t find a ton of grammar mistakes, consistency will be more or less solid throughout, and usually the structure won’t be a total disaster.

This is because traditionally published books are edited by the publishing house, which has a certain rulebook they use to make their books consistent.

What does this mean for self-published authors?

Not a ton—just that when you publish your book, you’re publishing into a market where people expect at least a finished product. They expect things like spelling and grammar to be taken care of, and they expect a certain degree of consistency throughout the book.

Again, I want to emphasize: I’m not saying that editors are responsible for making a book ‘good.’ Just that, ideally, they collaborate with the author to make it as good as it can be.

If you don’t know how to write a good book in the first place, I recommend checking out this blog post all about that process: Nonfiction here, Fiction here.

2. Perfect Your Characters and Themes

The first draft is all about mapping out what goes on in your story and seeing where everyone ends up. In revision, you get to take the ideas from your first draft and expand on them.

Basically, you get to take the weaker elements of your book and bolster them. An edit helps you sharpen your themes and characters to make them as tight and unique as they can be!

It’s not just bigger issues like character and theme that get patched up in the editing process. There’s also a ton of work that goes into making sure little mistakes don’t get printed.

Imagine working on a book for years, putting in all the necessary time and money to market and produce it, and on launch day, finding that you used the wrong “there.” Twice.

An editor won’t catch every single mistake in a manuscript. Most books will have one or two mistakes in them because, at the end of the day, they’re created by imperfect humans just doing their best. But editing your book properly will minimize the number of technical mistakes with a line edit, and that’s a huge deal when it comes to how your reader perceives your book.

You don’t have to be an expert grammarian to be a great writer. It helps, sometimes, but it’s not a requirement. However, too many mistakes in a final manuscript will stick out to your reader and take them out of the story, so you want to have as few as possible.

4. Revising Makes You a Stronger Writer

Some writers will argue that editing ‘distills’ their work. The first draft is the most raw, ‘real’ version of what they wrote, and an editor couldn’t possibly begin to understand, and ‘messing’ with the work will only make it worse.

If you couldn’t tell by the excessive air quotes, I think this is a pretty narrow-minded view of editing. Here’s why.

Revising involves finding the things you didn’t do as well and fixing them. Maybe you have to do a huge overhaul on your main character’s arc during the editing process, or maybe you have to do a lot of work fixing passive voice. Either way, guess what? You’ve just gotten better at those things. Which means your next draft is going to be stronger for it.

If you don’t learn to fix these mistakes, you’re not going to grow. You’ll make the same mistakes every time. Think of it this way: if you wanted to get really, really good at a sport, it would be sort of silly to refuse a trainer because they would change your ‘natural form.’ You would want someone to show you where you can improve so that you can become as good at that sport as you can.

What are the types of editing?

Now that we’ve clarified why you need to edit your book, let’s go over each type of editing. Yes, there’s more than one! I’ve listed these in the order that they happen—some editors do all of these, while others specialize in one or more of them.

You’ll have to check out your editor to see what bundles they offer and weigh what you’re willing to do on your own!

Developmental edits are step one in a rewrite. These focus on big-picture things like story arc, character development, and plot. This edit won’t really touch things like grammar and prose, since it doesn’t make sense to go in and line edit entire chapters that might need to get deleted.

Structural edits often happen alongside the developmental edit. These will focus on the flow and structure of a piece. How is it set up, and is it organized in the most efficient way for the story it’s trying to tell?

Line edits are going to focus on consistency in the prose. This is where an editor might point out things like passive voice and recurring issues in the prose. The focus here is more on the flow of the sentences themselves and the quality of the writing.

Copy edits are where we get into the grammar and spelling in a novel. A copy edit will check for spelling mistakes, grammar mistakes, and grammar consistency. For example, if an author is opting not to use an Oxford comma, it’s important to make sure that decision is consistent throughout the entire manuscript.

A proofread is the final step in the editing process. A proofreader is searching for any remaining errors or inconsistencies in the manuscript. Maybe they notice that a character’s wearing a jacket she got rid of in chapter two, or maybe they notice a few typos—the objective is to catch any small issues before the book goes to print.

How long does it take to edit a book – per edit type?

That all sounds like a lot, and as the phrase ‘writing is rewriting’ implies, it definitely can take a while to edit a book. However, it doesn’t take forever. Here’s about how long you should expect to take during each step of the editing process.

A note: keep in mind that every book is different and every editor is different. It might take twice as long to get through the developmental editing as you expect, or a proofread might turn into another round of copy editing. This is just a time frame to keep things in perspective. Allow for a little leeway when you’re mapping out your publication schedule so you don’t fall behind if a developmental edit takes a little longer than you anticipated.

Another note: your editor should be able to give you a rough estimate for how long your book will take to work on based on your sample edit and word count. This time frame isn’t always possible to stick to, but don’t be afraid to ask them what time frame you should expect!

Again, there’s no hard answer to this, because some books will require more work than others.By rough estimation, though, you should allow for about six months on the longer side for a developmental edit.

That may sound like a long time, but remember—you’re going to be revising for a while. You might be submitting your manuscript to your editor a few times to get things just right, and this can all take a while.

Structural edits often take place alongside developmental edits, since the development of a story will often have a lot to do with the way it’s paced and structured. Since they’re very similar, you should expect a similar time frame of about four to six months, but this is usually happening at the same time as the developmental edit.

According to Book Nanny Fiction Editor, the average novel of about 90,000 words will take roughly four to seven weeks for a line edit. It might take more or less time based on the length of the manuscript or the severity of the errors found in the prose—it just depends.

A copy edit, like the line edit, can take about four to seven weeks.

Finally, the proofread! This should be the quickest step in the process, but you should still allow a little time for it. According to Book Nanny Fiction Editor, the average proofread takes about two to three weeks. 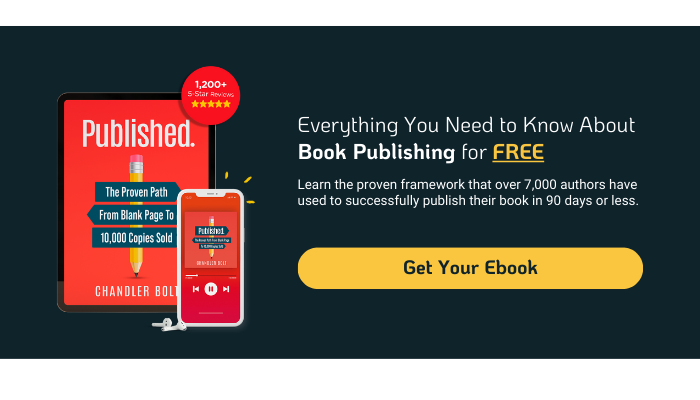