What Makes a Good Villain (Plus 4 Examples to Follow)

If you grew up or around the Disney films of the early to late 2000’s, chances are you can name at least three Disney villains off the top of your head. Personally, I can name more villains than I can name love interests. Why is that?

Villains can be incredibly memorable characters. They’re the source of the conflict in your novel, and they’ve got beef with the novel’s hero. Even if we hate the things they’ve done, we love a good villain because they’re often the biggest source of drama within a story. Readers love drama.

So what makes a good villain? How do we write a compelling villain? In this article, I’ll walk you through what you need to know. 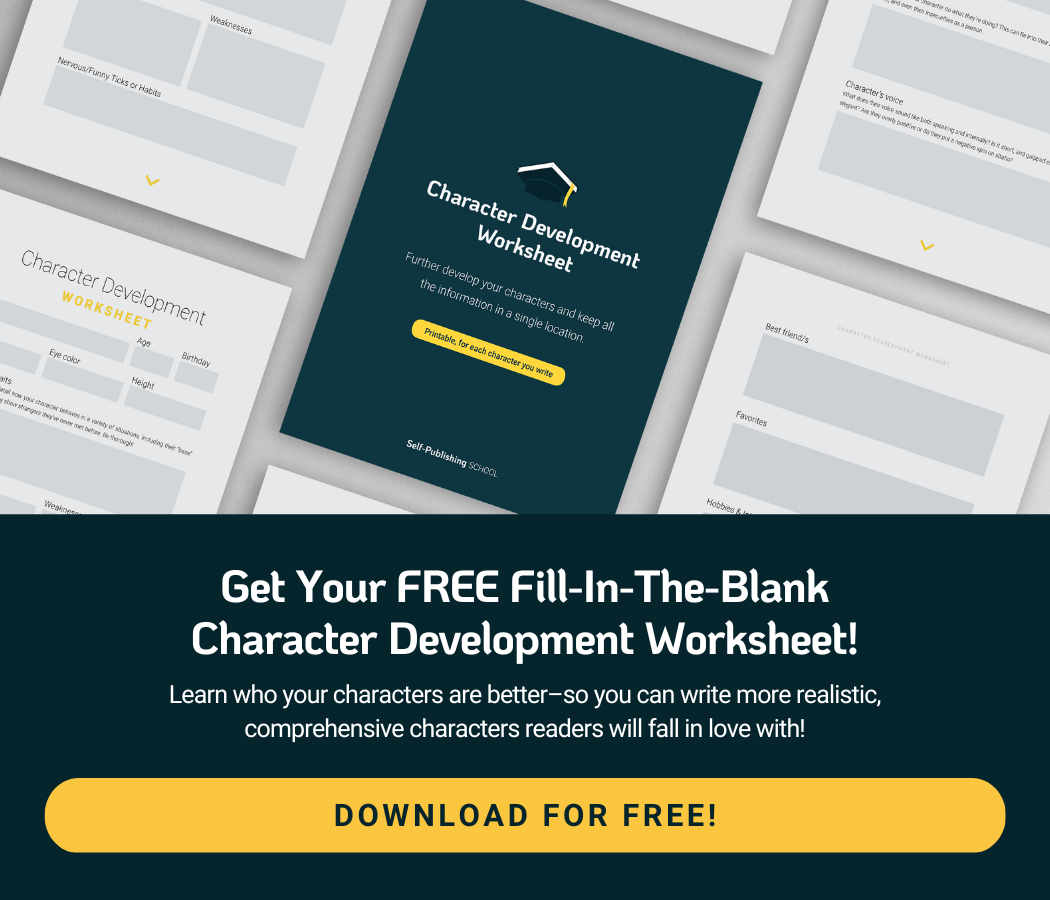 How do they interact with the protagonist

To talk about what makes a great villain, let’s talk about protagonists for a moment.

For example: if you’re writing a story about a young woman coming of age and breaking free of her overprotective childhood, your villain needs to embody that conflict. Without Mother Gothel, Rapunzel grows up happy in a palace, and the plot of Tangled doesn’t happen. Rapunzel is vibrant and full of drive, which means she’s bound to try and seize her freedom, while Mother Gothel is protective and cruel, which means she’s bound to try and stop her. These personalities are at odds—conflict is inevitable.

How to write a good villain

Give them a personal relationship to the protagonist

Usually (and ideally) a reader will be rooting for the protagonist to accomplish their goal. They’ll like the protagonist, and this means they won’t like anyone getting in the protagonist’s way. Having the villain and protagonist have some sort of personal conflict makes that conflict more immediately interesting.

You see this in superhero movies all the time. In the final act, the villain crosses a line by kidnapping our superhero’s love interest. Of course, the superhero was going to stop the villain before, but now it’s personal. Now it’s interesting.

If you’re reading a book with a villain who seems deeply boring, it’s usually because the villain is acting out of bland ‘bad’ motivations. What do they want? To mess with the protagonist. Why? Who cares!

This type of villain writing makes the conflict, and therefore the story, seem arbitrary and shallow.

Take the time to learn the villain’s motivations. What do they want, why do they want it, and what does the protagonist have to do with that? The best villains are often a little sympathetic—they have a good point, and they’re trying their best, but their execution is wrong.

Whatever their reasoning is, it doesn’t have to make total sense. After all, if their idea was great, they probably wouldn’t be a villain. But it does have to make sense to the villain, and the villain’s actions should be clearly motivated by their desire to accomplish their goals.

This ties back to the last section—if you want the audience to sympathize with your villain, make them a little bit relatable. Giving them an accessible backstory is one great way to do this. Maybe they come from a broken home, which plenty of people can relate to, or maybe they’re striving for the approval of one of their parents. Maybe they’re trying to solve a problem that’s very complicated, and their anxiety leads them to act in irresponsible ways.

Depending on the tone of your story, making the villain fun might be the perfect way forward. I’m thinking of Ursula from The Little Mermaid. She’s inspired by the drag queen Divine, and the influences make her incredibly fun, interesting, and dramatic. She gives us a show, and that’s what we’re here for!

You want to be careful with this, though, as writing a silly villain can get cheesy pretty quickly. Instead of trying to make the villain funny or quirkily childlike (this can come off as cliche and cheap), try focusing on interesting characterizations that flesh out the villain’s personality. For Ursula, it’s flair and drama. For yours, it might be a passion for antique books or something.

Villains should be their own characters, just like everyone else in the story, with insecurities and goals and desires and even good qualities. This means villains are enormously varied, and ideally, they shouldn’t all be the same.

But there are some things a lot of villains have in common. These traits are often the flaw that informs how they’ll commit their villainy—greedy villains might steal, violent villains might kill, and so on.

Let’s go over a few traits you’ll see in villains:

Villains aren’t usually super interested in what other people want or whether they get it. Their primary concern is themselves, and they’re willing to do whatever it takes to get what they want. It doesn’t matter if they hurt someone else’s feelings—it’s their way or the highway.

Insecure people are generally prone to acting in manipulative ways to get what they want. This is because they aren’t confident enough to assert themselves, and they think the only way to have their needs met is to imply them or play mind games with people to get what they need.

Insecure villains are likely to be hot-tempered, uncompromising, and very concerned with their appearance. They’re also likely to see themselves as the victims of their circumstances.

Perhaps the most characterizing thing about a villain is that they’re often ruthless. They’re willing to do violent, despicable things to get what they want. What they want might not even be altogether bad—maybe they want a loving girlfriend, for example. But the way they try to go about that—in our example, let’s say the victim kidnaps women—is violent and dangerous.

The best villains are written so that you can see, easily, what led the villain to the point they’re at now. You understand their anger, and you might even understand why they want what they want—you might even agree with them. But then they try to get what they want by slaughtering puppies, and that’s where you start thinking that maybe someone should stop this guy after all.

Let’s review what we’ve learned by taking a look at some great movie villains.

Ursula from The Little Mermaid

Like I said before, Ursula’s got a dramatic flair that makes her immediately iconic. She’s fun to watch, “Unfortunate Souls” is an absolute rager, and even if we’re rooting for Ariel to get her voice back and angry with Ursula for taking it from her, we completely understand her motives and when she’s on screen, we’re having a blast.

Bane from The Dark Knight Rises

Maybe a little controversial, but I think Bane is an interesting villain because he kind of makes some good points. He’s got a tragic backstory that makes you sympathize with him (and which also ties in with his motives—that’s good characterization!), and when you look at the reasons behind his actions, you might start feeling uncomfortable.

Bane, in theory, wants to turn power over to the people. He wants the people in ‘the Pit’ to take over. He sees the way that corporations and rich people treat the working class, and he gives them the opportunity to riot and seize power for themselves.

Turning power over to the common person is kind of a great concept. However, he ruins it with his giant bomb and general taste for violence.

Gollum from The Lord of the Rings

Gollum is fantastic because he used to be a Hobbit. He was an innocent person who got hold of the ring and suffered greatly for it—he’s an example of what might happen to Frodo if the ring isn’t destroyed. While he acts in horrible, selfish ways, we can also see how clearly conflicted he is about his actions, and the single-mindedness of his desire to possess the ring makes us feel kinda bad for him.

It’s like Scrat from Ice Age, but a lot sadder.

Kylo Ren works because he’s insecure and he’s operating out of a deep need for approval. This makes him pathetic, which makes him sympathetic. He also shares an intimate connection with Rey, and Rey’s desire to see the good in Kylo creates a real tension throughout the story. Will Kylo turn to the good side? We don’t want him to be defeated, but we don’t want him to succeed, either. Drama!

Is it possible to not have a villain?

Stories need conflict, but conflict needn’t come in the form of a villain. In a romance, maybe the conflict between two characters is that one of them is a prince and the other a pauper, and they have to overcome societal differences to be together. The conflict might be conflict within a person as they struggle to find their identity—this is common in coming-of-age stories.

If you want to write a story without a clear villain, go forth! Just make sure that the conflict is still clear, definable, and overcomeable. In a coming-of-age story, for example, the conflict is finding one’s identity and moving out of childhood. There’s a definite moment where this happens, and everything in the story leads up to it.

Ready to create your next villain, or take that novel from idea to publication? Check out this free resource.